This is part two of the build log. Now we turn to the software, which are gonna make this thing act as a numpad when connected to a computer. The code that runs the numpad can be found at this repo. 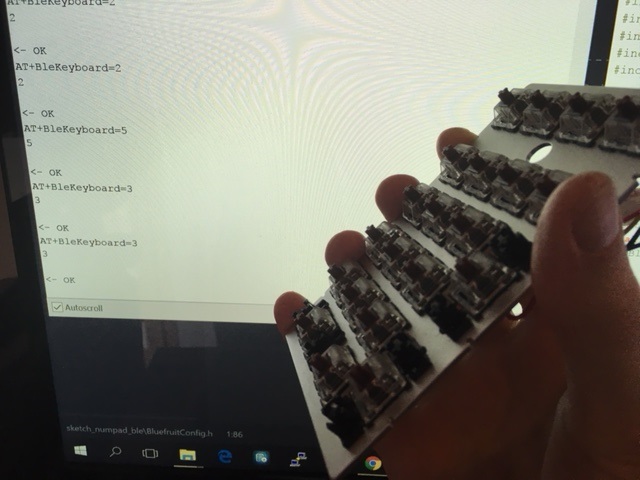 To load the software onto the Adafruit Feather 32u4, you’ll need the Arduino IDE. Out of the box the IDE does not support the Feather, so follow the setup guide to install the Adafruit board manager.

After you’ve installed everything, you can test the board with some of the example scripts to check that the board is working.

I implemented my own matrix scanner. First, to get a deeper understanding of how the matrix works, but I ended up later converting it to a library, that the main sketch utilizes to scan the numpad.

The scanner code was shown in the previous post (and can be found on GitHub, here). Note that I mixed up row and column. For instance, the activateOneRow should have been called activateOneCol. This mix-up was fixed in the library code, so please look at that if this code is confusing.

The code snippet has been left there to illustrate how I progressed from an empty sketch to a working HID numpad.

Converting a Script to a Library

Putting all the numpad code, in addition to the Bluetooth and USB code in one sketch would quickly turn messy and unmanageable. However, I had no prior experience with C and C++, so writing the library was challenging. I used this Arduino guide as a reference to write it.

I’ve mostly spent my time in languages such as JavaScript, Python and C#, so writing C++ was interesting. Below is a list of issues I had. I spent quite a bit of time on some of them.

However, I did create a library of some sort. If you want to use it, remember to put it into the /Documents/Arduino/libraries folder to use it in the Arduino IDE. In the section below, you can find a tip related to that.

The methods above are defined in the Numpad.h header file. The header file also defines a matrix of hexadecimal integers that represent HID key codes. A table of all available USB HID codes can be found here.

I also tried implementing some sort of delay between the first and second character press, but here I failed. Instead, when you press and hold, only one character is sent. You will have to release and press again to send another character to your computer. This alternative approach works well enough for a numpad.

Arduino unfortunately likes to have all its libraries in /Documents/Arduino/libraries. This is a bit inconvenient when developing a library. In the beginning I did a copy and paste of the library from the code base into the libraries folder, whenever I did a code change. Did not take long before I got tired of doing that, and found a better way.

The solution is to create a symbolic link. Arduino will then always use the up to date library code from the code base.

How to creating a symbolic link:

Since I will connect a battery to the board, I soldered on an on/off switch. This is done by connecting the ENABLE pin to GROUND through a switch. If the circuit is closed, the device does not operate. See here for more information. 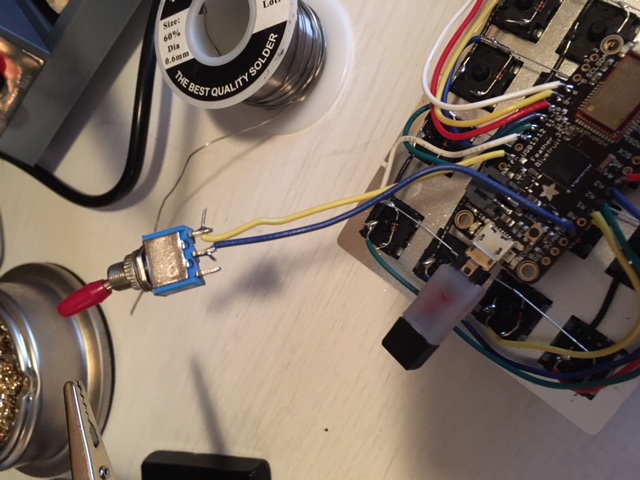 The HID keycodes are either sent over Bluetooth or USB.

An Additional Switch for Bluetooth/USB

Originally, I planned to switch between Bluetooth and USB connectivity based on whether the USB/Serial was connected. This turned out to not be as easy as I thought:

Basically, I ended up soldering on an additional switch, that controls how the numpad sends pressed keys. In each iteration of the loop method, switch is checked and the pressed keys are either sent over Bluetooth or USB: 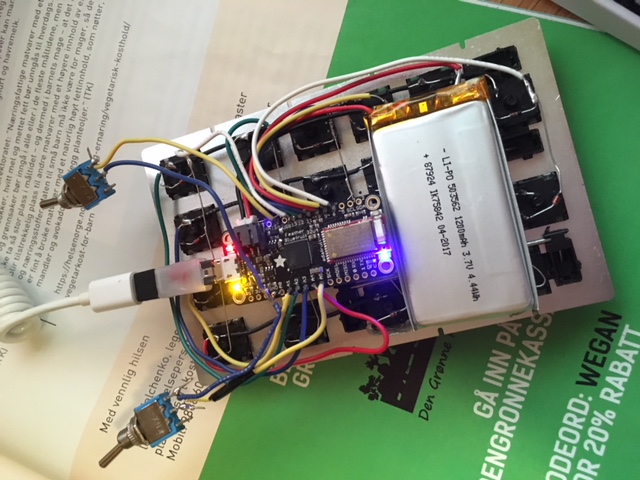 That’s it! And here is a video of the numpad working as a USB HID device.

All that remains is to get some nice keycaps and create a pretty enclosure. That will happen in the next post!