My current Unity game is a 4 player couch game. It’s a turn based ball game, where each player tries to knock another player’s ball into a hole. Whose turn it is to control the ball is of course decided by a virtual match of rock paper scissor. The input device each player will use is therefore a game controller. Unfortunately, I only have Steam controllers, which turned out to be a bit harder to use with the Unity Editor, because the Steam controller works best within the Steam application. It is, however, possible to make them work as gamepads inside the Unity Editor.

The trick is to add Unity as a non-Steam game to your Steam library.

1. Add Unity to your Steam library 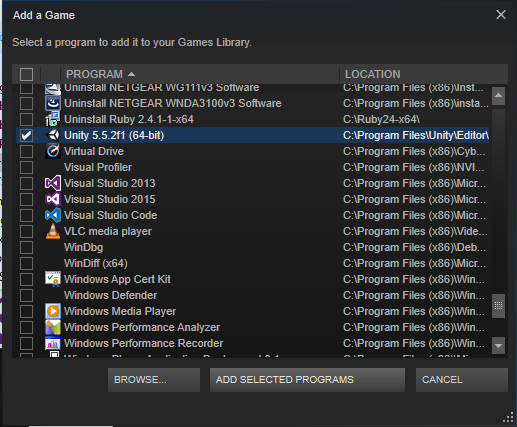 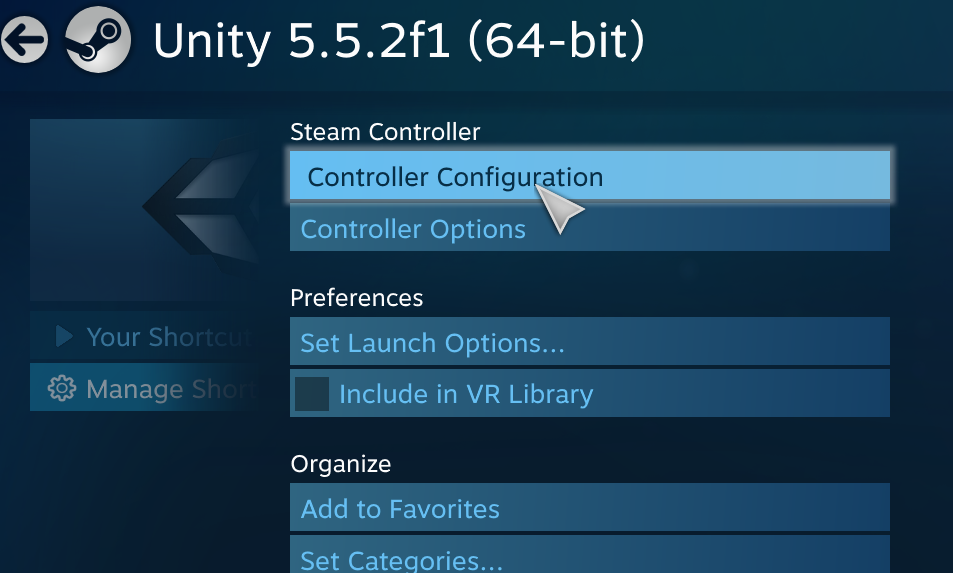 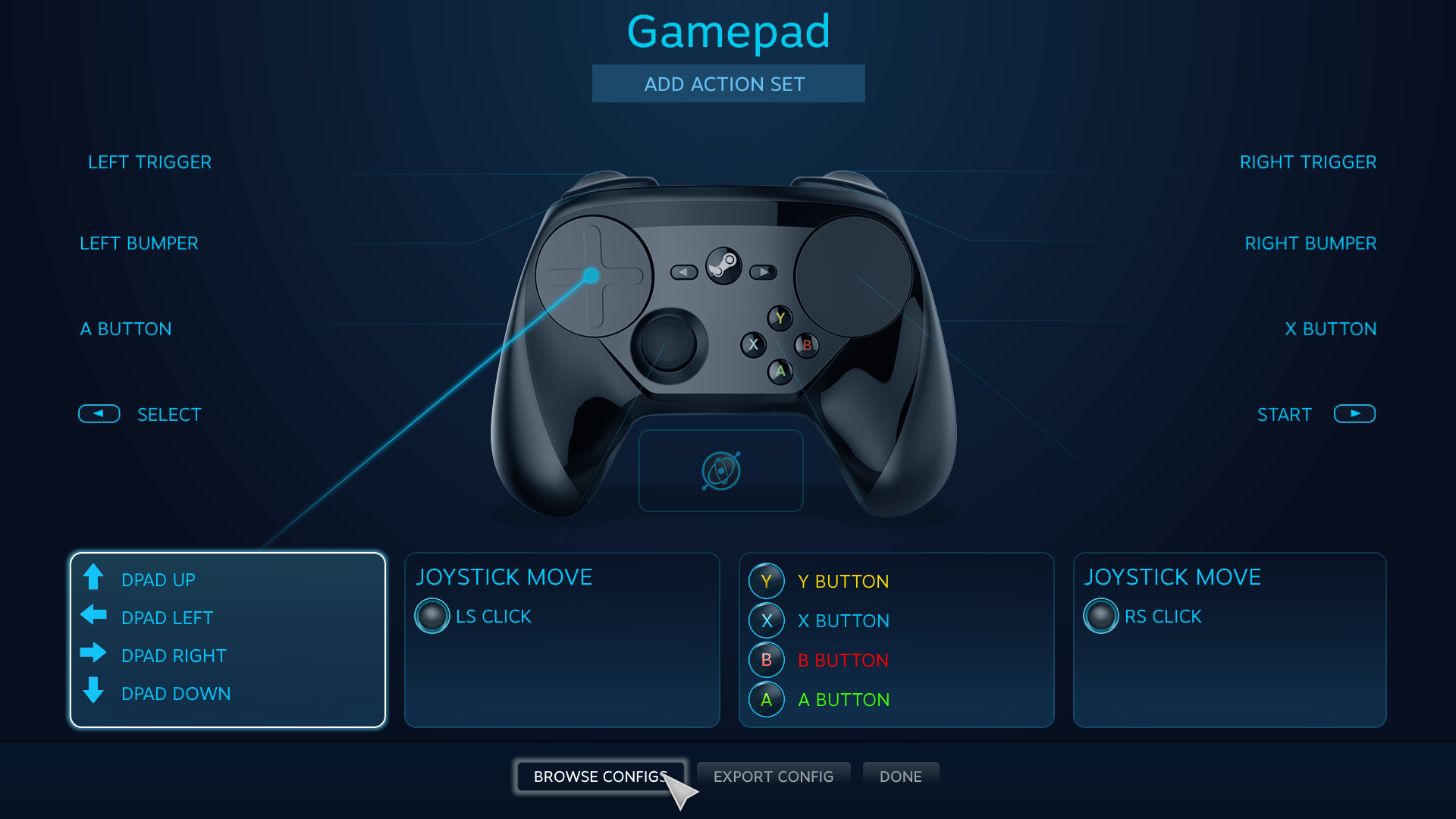